How to Trigger Hyperplasia for Maximum Muscle Growth

How to Trigger Hyperplasia for Maximum Muscle Growth

Here’s why that’s not even close to the truth…

The latest cutting edge science clearly shows that how you train is the greatest determining factor in your genetic expression, and how big you can get.

Yes. You read that right. It’s not your genes… it’s how you train…

Just look at an elite marathon runner’s physique and compare him to a bodybuilder — it becomes obvious that training specificity has a profound effect.

For years even I believed the “common wisdom” that the number of muscle fibers someone was born with was fixed for life…. The theory was that If you were born to be skinny, you would always be skinny. 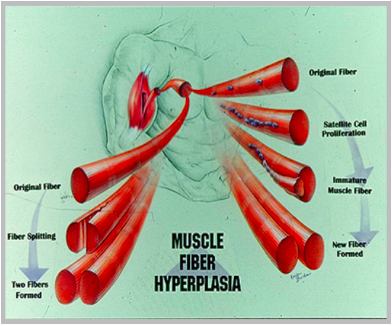 Luckily science is now catching up with what we’ve seen in the gym for decades — that you can ABSOLUTELY overhaul your genetics by not only building up the muscle fibers you currently have with intelligently planned training programs, but also by actually adding new fibers, a phenomenon known as “Hyperplasia”.

I know at first this sounds far fetched but after a quick analysis of the research — and the mechanism of exactly how it works— it starts to make perfect sense.

In fact some leading scientists believe this could be the breakthrough we’ve been waiting for — the fastest way ever discovered to build extreme amounts of muscle in the shortest amount of time possible while overcoming your “genetic shortcomings”.

This should come as incredible news if you’ve ever felt doomed to a fate of skinny muscles or overgrown love handles. There is no doubt that your parents genetic code determine where you start your muscle building journey., But where you start does not need to be the same as where you end up …if you are motivated to make a change you now have the means to control of your own muscle building destiny.

Now the hard truth. Even though you now know you’re in control…

if you are… If you’re already going to the gym and training your butt off on a daily basis, wouldn’t it just make sense to be doing the type of training proven to allow you to ignore your genetically predetermined “limitations”, and access a whole new realm of physical possibilities?

It could be as simple as adding this simple (yet extremely difficult) technique to the end of your last set on specific exercises to elicit a different type of growth response- new muscle cell growth, or hyperplasia.

Until now, it was believed that muscles could only grow by adding more protein layers on the same muscle fibers you currently have. You probably know that as being called hypertrophy, right?

However we now know that very specific types of training actually force your body to increase the number of fibers in a cell. That’s called hyperplasia. And that is your ticket to blowing past your genetic limitations.

I’m about to tell you exactly how to do it so keep reading! 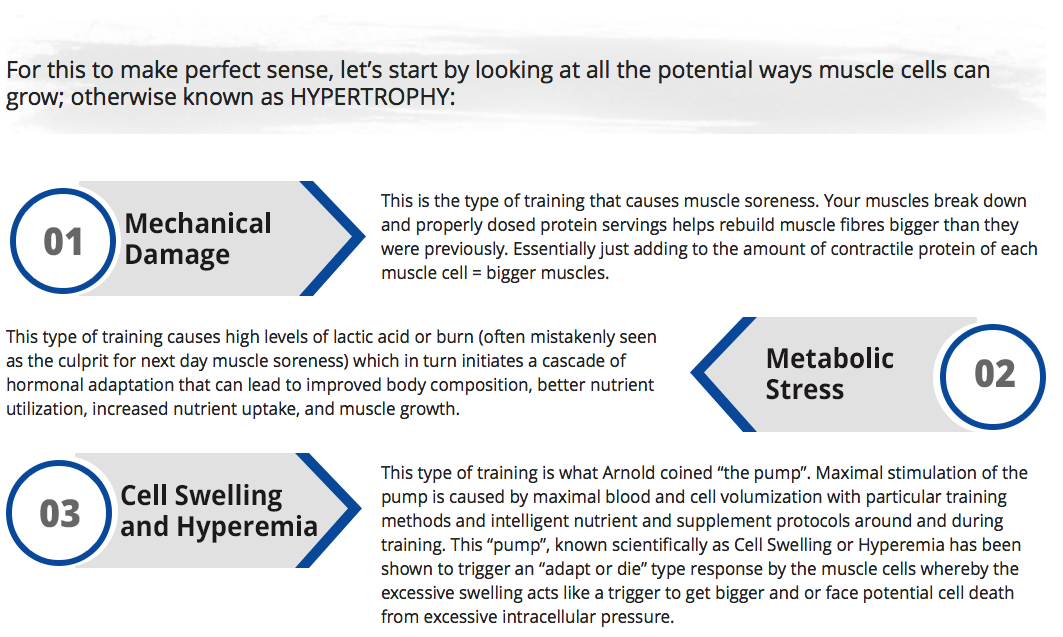 And every time you hit a plateau you’ve become frustrated with your lack of results, and blame your genetics or your nutrition. Sound familiar?

Sure, you’ve probably built some decent muscle based on the hypertrophic methods above, but your ceilings are low.

As we’ve discussed, Hyperplasia is the idea that muscle cells can actually divide and add brand new fibers. This isn’t an entirely new concept, it was first seen in animals in 1973 (Sola et al) but it is new to the world of humans and particularly new to the application of muscle building for physical enhancement. 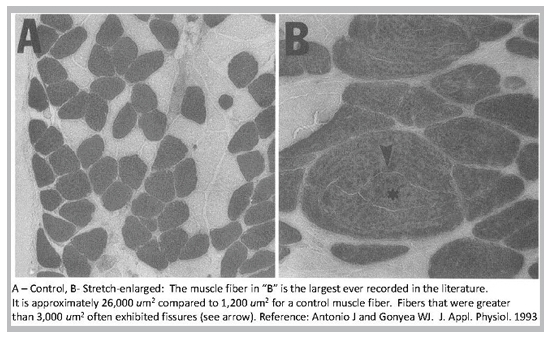 Of course, this type of growth is extreme and not likely to be replicated in humans (although nothing is out of the question). However there IS conclusive evidence that we can achieve a similar degree of Hyperplasia in humans with the right technique. So the question is…

How Do We Trigger Hyperplasia In Humans?

This was a 6 week study, the first of its kind on humans using a very specific (NOS-X) overload protocol of “intra-set stretching”. 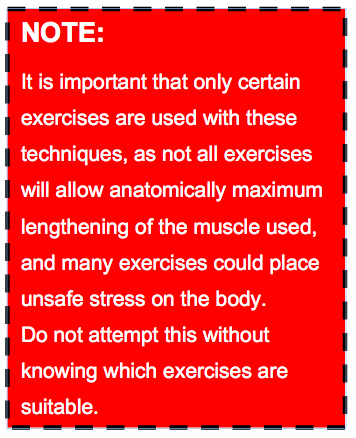 After completing a typical set for certain well chosen exercises you undergo a loaded stretch and place the muscle under extreme amounts of tension — all while continuing to drive additional blood and nutrients to the area, also increasing the cell swelling and nutrient delivery.

Intra-set stretching is a completely novel technique that maximizes two of the key mechanisms of hypertrophy.

2) Mechanical tension, as well as being the most proven method of inducing hyperplasia (new muscle cell growth).

The phenomenon of hyperplasia can take place in one of two known ways:

The first being fiber splitting (as mentioned above), and the primary mechanism is via the activation and proliferation of satellite cells

Satellite cells are involved in the regeneration of muscle cells and become “activated” when a muscle cell is injured, stretched, or is exposed to extreme “damage” from intense exercise.

Satellite cells can attach and contribute to the growth (hypertrophy) of the cell, via donation of a nuclei, or these new “myoblasts” as they’re called can actually combine with other myoblasts and form a new fiber, known as hyperplasia.

So now that you know what to do to trigger Hyperplasia. The question is HOW do you do it.

And since it’s much easier to just show you rather than trying to explain it in writing, watch the video below and I’ll show you a real life example of how to apply this NOS-X style of intra-set stretch training for the your lats.

(Warning: Your lats will feel like they’re going to explode)

Yes, I’m ready to upgrade my physique!
Show me more about the program >> 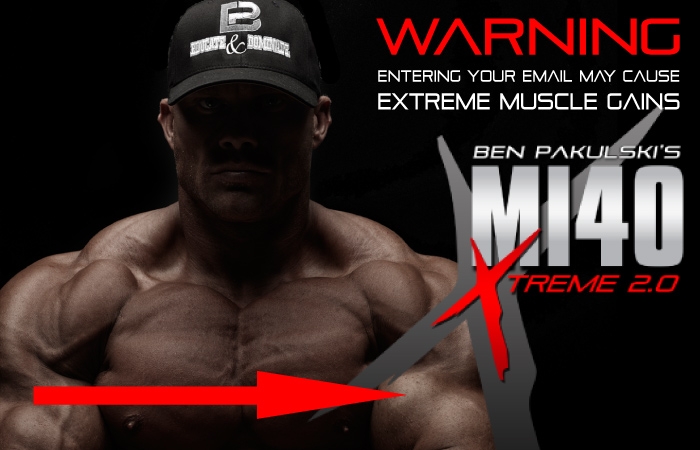